In 2002, David and Cindy Lawson founded Covington Cellars with a focus on their favorite varietals, Sangiovese and Cabernet Franc. David was a huge fan of the beautiful Brunello wines of the world; and Cindy appreciated the Bordeaux varietals. In 2007 the couple hired their first employee, Morgan Lee, an aspiring young winemaker. As Morgan tells the story, “We just kind of took a chance on each other – I didn’t have much experience making wine, and they didn’t have much money to pay.”

Two years later it was evident to David and Cindy that Morgan had exactly what it would take to become a great winemaker. “We really appreciated Morgan’s drive and attention to detail; but I think it’s his never-ending curiosity and passion for wine that we respect and appreciate the most - even to this day” reflects David. Morgan’s love for Washington Syrah and Merlot is what began the conversation of starting Two Vintners. “Many wineries have second labels, but Two Vintners is not a 2nd label of Covington Cellars – it’s a sister brand. Some of our peers definitely questioned David and I at the time about why we would start a brand to directly compete with Covington Cellars. But because we knew that Two Vintners would have the exact same passion and quality behind it - only with a focus on different varietals - we weren’t concerned. Besides, when you have a young winemaker with passion and drive like Morgan had, we just knew we wanted to help him scratch the itch to have a brand that could become all his one day” says Cindy.

Both brands have always been made under the same roof, and now that the winery has moved into a beautiful new production facility, the time is right to offer a combined tasting room and wine club. With a winemaking style that is heavily focused on terroir and deeply steeped in quality, we expect you’ll find many varietals here that you love as much as we do. 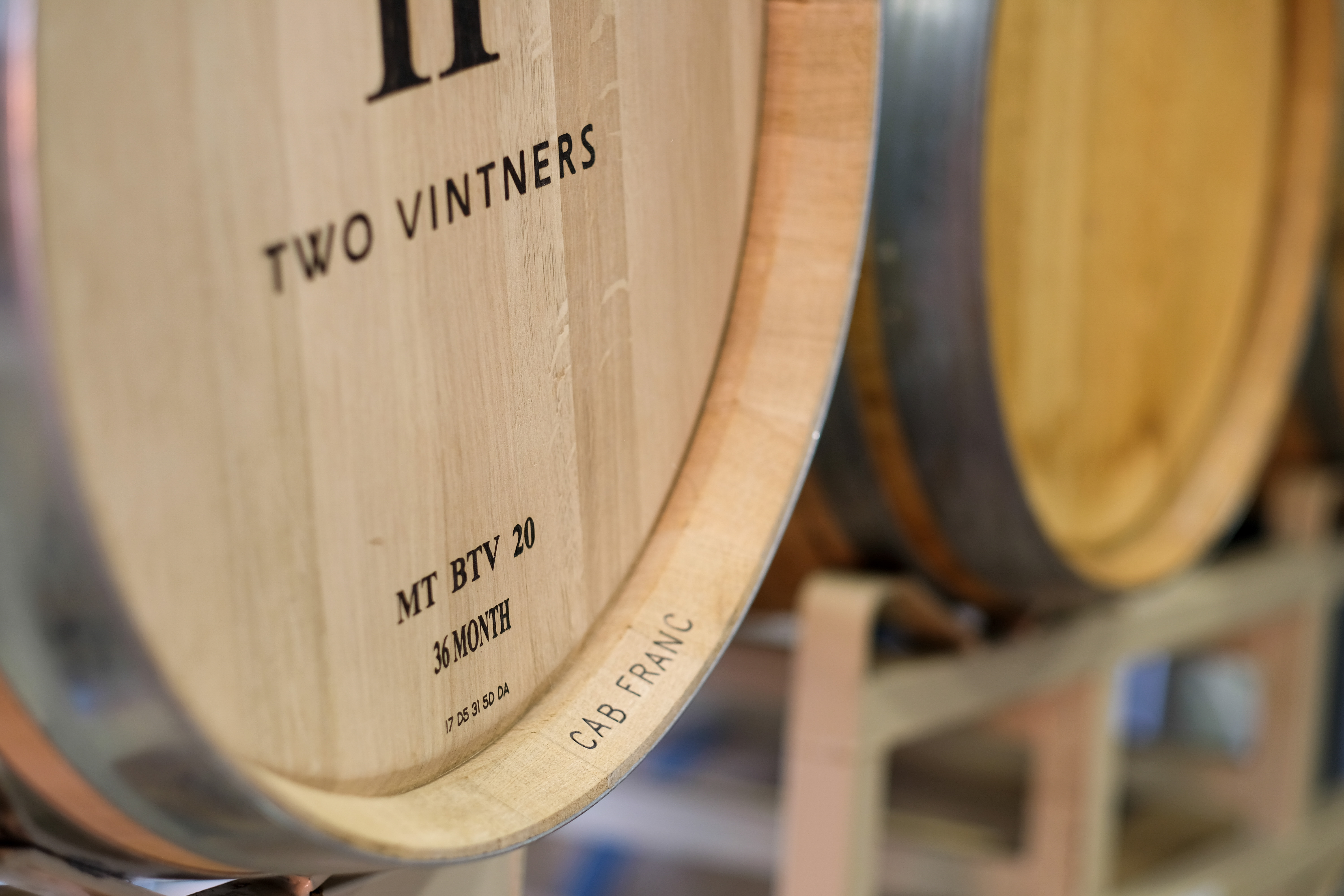 You know you want to

Keep up to date on the latest wine releases, events, and promotions